By adopting a new habit and focusing on three steps I’ve been able to come up with many new business ideas in a consistent manner, and even better, I have understood that entrepreneurship actually is a viable way of “earning a living”. 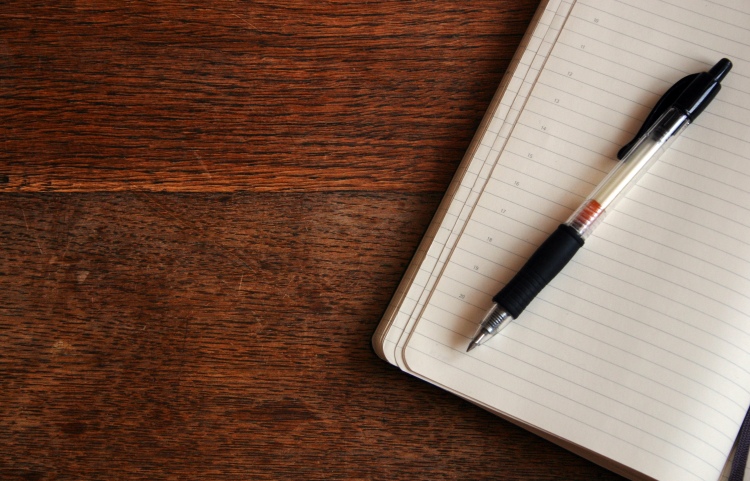 One year ago I was convinced that the corporate career path was the only way
and that coming up with new business ideas was a magic procedure only available
to a few enlightened.

The three steps have been:

My sensation is that usually most people don’t get past the first phase and many times only half of it. It is not unusual to think that the market is failing at making your life easier in some way. The idea of solving it by your own means, and even more, solving it for other people who feel the same way for a profit, is terribly overwhelming or simply too hard… well, what I’ve learned this last year is that it actually isn’t.

Corporate life makes creativity rigid and grey. There is the constant feeling of not having time for getting things done. You become obsessed in just being busy. My way to counter attack this effect has been to write all the time, not matter where I am.

A notepad helps you build. It is the possibility to “write and forget” that helps you open your mind and grab every idea that goes through your head. Writing you ideas doesn’t make them more “creative” but because everything you write suddenly liberates some space in your thinking process, this helps you create more ideas, ever more complex and interesting.You simply don’t have the fear of forgetting anything. This, that may seem obvious, has been a eye-opener for me.

My personal experience may well work as an example. One day at the airport I decided to write about something that annoyed me while searching the web for a product that was sure would exist. I found many similar things but not really what I wanted… So I took out a piece of paper, bought a pencil and started thinking, what was really my pain? what made be crave for it and feel unsatisfied with the “next best thing”?

By “writing&forgetting” I got very deep into the truth of dissatisfaction. When I reached the roots of my pain I realized that they affected such basic instincts that they could probably be much more general than I thought. When you try to understand the true problem and how it affects you in every way, specially to an emotional level, you end up finding that its really much more basic than you thought and therefore applies to a broader public. I had described my “personal pain”, transformed it into some “general pain” and found a solution for it.

And what now? How would I convince everyone, and specially myself that the solution really solved the problem much better than the rest? I focused on understanding the touch points of the brands that had similar products with me as a client (how do they interact with me?) the obvious and not so obvious… If I should order the service/product, what elements do I interact with? and when receiving it? And if I have a problem?… I started drawing all the elements that would interact with the client during its life-cycle with my pain-solving-solution.

When I took a step back I realized I was actually building a company… (how would my sales department work and do it much better than the rest? and my call center? and my after sales department? and my development department? etc…) By “building my company” I had focused the picture. I guess that being a corporate man I had brought it to my home turf. This “dreaming big” helped me understand that no matter the problem you can always build a company to solve it… the trick was in making it profitable.

And so I kept building up the idea, but the question of making it profitable always came to mind, and kept me from being completely convinced that it had any future.

So I decided to simply explain it to someone else. When you read out loud the “company-idea” to someone else you develop a very keen sense that helps you blend every element that has been thought and written. You simply mix them all together in order that they don’t sound stupid.

It is this “sense of survival” what makes you crystallize you ideas and make sense. You have got to use all your notes and use them as a toolbox… you will eventually find the answer to profitability in everything you wrote.

And that is what has worked for me… Now I carry a notepad around everywhere. Well not really a notepad, but the iPhone Notes App, which does the job while on the move and I complement it with an old pencil and eraser that I keep beside my bed. You fuel creativity by liberating space in your mind. Now I have automated the process of feeling the pain, and making it tangible, but the notepad is key in order to grow any idea until the point that it makes sense for you and everyone.

And so I ask… When did you start thinking like an entrepreneur? What has helped your creativity? How many ideas did you come up with before reaching “the idea”?